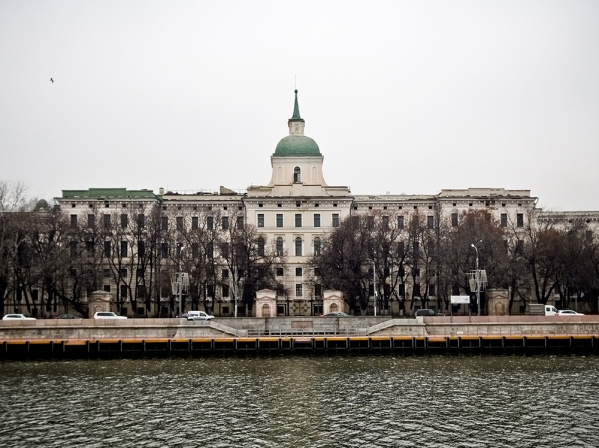 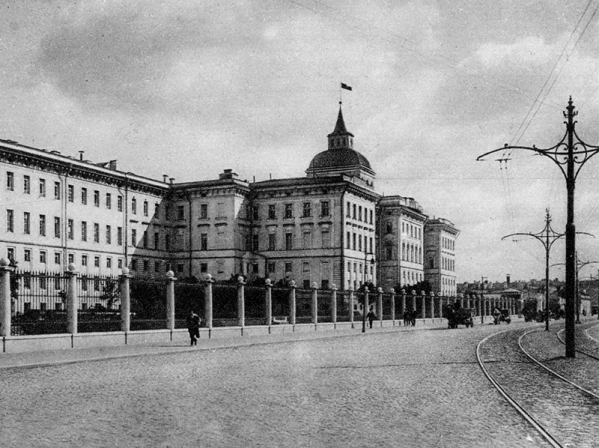 Built in the eighteenth century, this institution for orphans became the Palace of Labour after the revolution. Bulgakov worked here in the editorial office of the newspaper Gudok in the first half of the 1920s, together with I. Ilf, V. Kataev, Y. Olesha and others. Bulgakov described his work at Gudok (albeit under a different name) in Theatrical Novel and To a Secret Friend.
In February 1923, Bulgakov was enrolled as a ghostwriter of letters from worker correspondents for the fourth page of Gudok, and soon after was employed as a satirist. The newspaper gave the writer a small, but constant, income, but all the same, the necessity of producing satirical pieces weighed heavily upon Bulgakov. His diary entries in 1923 discuss this: ‘Gudok is exhausting me, it won’t let me write… Every day I go to work at this Gudok and completely waste my day… travelling to the accursed Gudok… For the first time, at Gudok today, it dawned on me with horror that I can’t go on writing satire. I physically can’t do it. It’s a offence against me and my very nature. Nonetheless, Bulgakov worked at the newspaper until the end of the summer in 1926, he reliably sent out material and made a good deal of literary acquaintances.
Read also: