The address of David Kiselgof 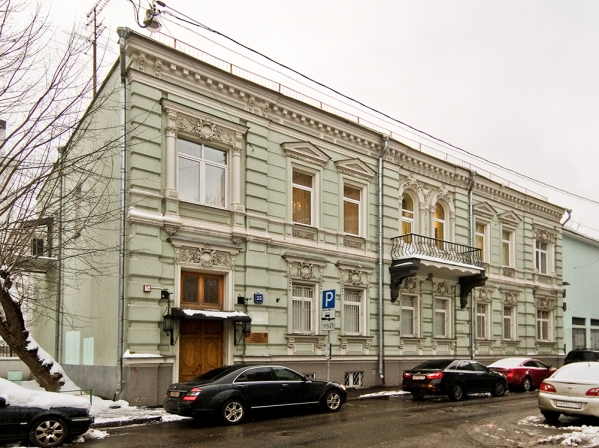 Bulgakov met the lawyer David Kiselgof in 1922. In conversation with Marietta Chudakova and Leonid Parshin, Tatyana Lappa remembered, ‘Davey loved writers very much. He had a lovely room with beautiful chairs’, ‘He was a lawyer, but he loved literature a lot, he was interested, he invited various writers to his place’. Together with his friend V. Komorsky, D. Kiselgof began to publish the magazine, The Life of Art, in autumn 1921, but the publication soon ceased – only five editions were published.
After the war, David Kiselgof became Tatyana Lappa’s third husband. In 1947, they left together for Tuapse. In conversation with M. Chudakova in 1970, David Alexandrovich remembered Bulgakov, ‘Do you see – he couldn’t understand the Soviet reality – that’s the thing. This was his tragedy. He wrote like Ilf and Petrov – they also wrote with humour and saw our shortfalls – but they saw good things too! But he couldn’t. He watched from the sidelines. I think he tortured himself with this. And they’re even scared to publish him now. If he had been able to understand our reality, his entire life would have been different’.
Read also: