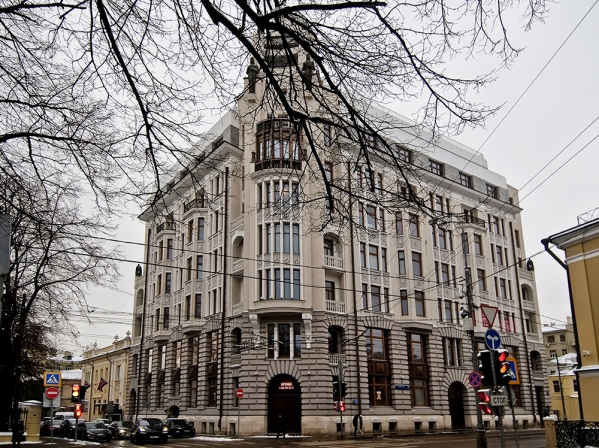 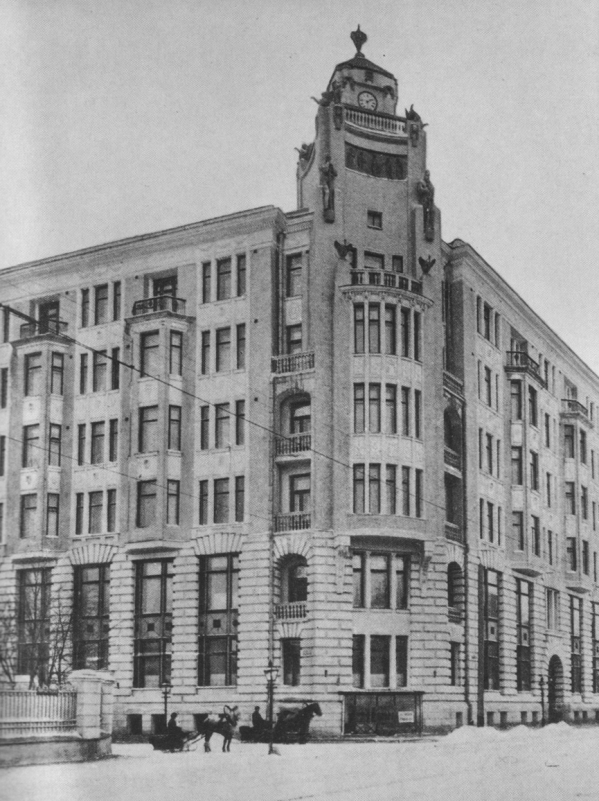 The house was built by G. Gellrich in 1911 on the corner of Prechistenka Street and Lopukhinsky Lane. According to some experts on Bulgakov, the writer came to this house to socialise with the artists of the Jack of Diamonds (‘Bubnovy Valet') group – I. Zakharov, A. Muat, B. Takke and others.
The house was owned by Jakob Reck, a native entrepreneur who rented out the flats. Some of the most famous of people lived here, amongst whom, Aleksandr Fabergé (son of the celebrated jeweler Carl Fabergé and a lawyer in his company) occupied flats 11 and 12 on the upper floor. In 1920, A. Fabergé emigrated and artists of the Jack of Diamonds group moved into the flats. The writer’s biographers believe that the house’s exterior and interior later served as a model for the appearance (but not the location) of the Kalabukhovsky house from Heart of a Dog, and in The Master and Margarita, Bulgakov gave the vanished host of the ‘unpleasant flat’, Anna Frantsevna, the an altered version of the surname Fabergé – Fuzheré.
Read also: