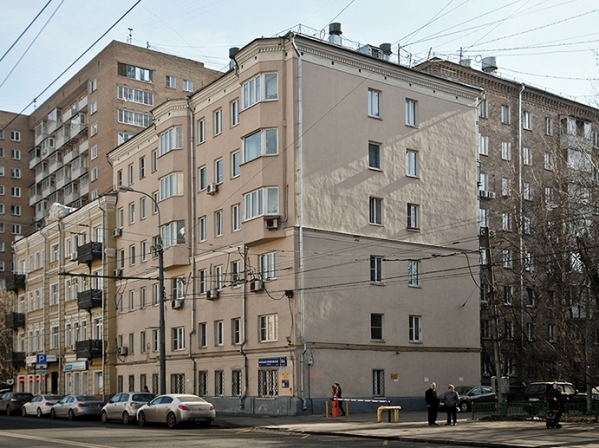 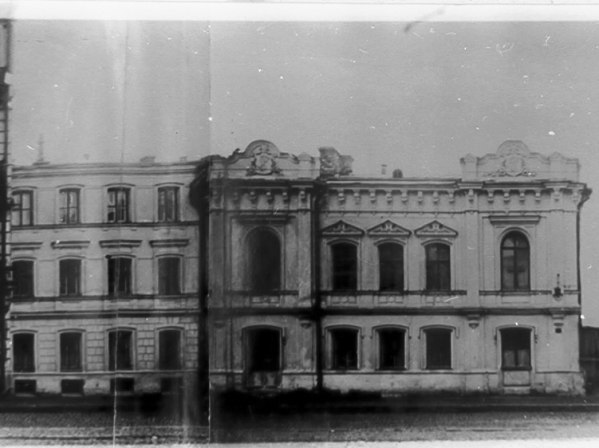 Bulgakov lived in this house from August 1927 to February 1934. Until autumn 1932, with his second wife Lyubov Belozerskaya, and then, with his third wife Elena Bulgakova. The first two editions of The Master and Margarita (which were destroyed by the author) were written at Bolshaya Pirogovskaya. This is where the fateful telephone conversation between Bulgakov and Stalin took place in April 1930.
On 28th March 1930, Bulgakov wrote his famous letter to the government of the USSR in which he asked the authorities to, ‘release [him] to freedom’, abroad or give him the position of a theatre director. In a very open and detailed letter, Bulgakov explained his inability to work as a writer in the USSR and prophesied his soon demise. On 18th April, as Bulgakov rested after lunch, the telephone rang out in the flat. Bulgakov decided that it was a prank, having heard, ‘Stalin will talk with you’, over the telephone. Stalin immediately began to question the writer, not giving him the chance to get over his shock and steering the conversation onto his chosen themes. Elena Sergeevna remembered Bulgakov’s responses and wrote the conversation down: ‘Are you really asking to be sent abroad? Have you really had enough of us? (M.A. said that he was so shocked by the question (and indeed the phone call in general), that he was stunned and did not answer immediately.) - I’ve been thinking a lot recently about whether a Russian writer can live outside his homeland. I don’t think he can. - You’re right, I’ve also thought this. Where do you want to work? In the Art Theatre? - Yes, I’d like to, but I've spoken about it and they rejected me. - Submit an application. I think they’ll accept it. We ought to meet so we can talk. - Yes, yes! I.V., I very much need to talk to you. - Yes, we’ll have to find a time and meet. But for now I wish you all the best.’
Read also: