The address of the Kreshkov family 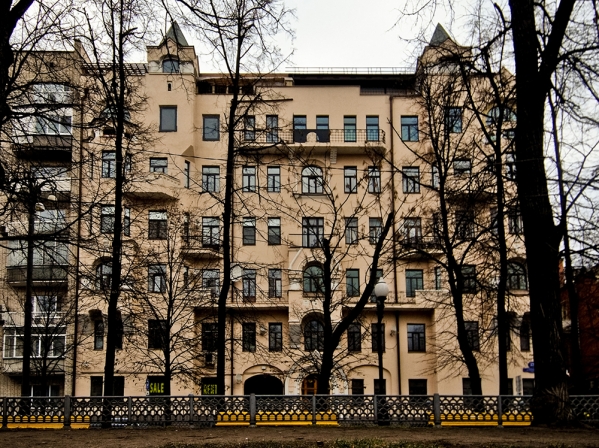 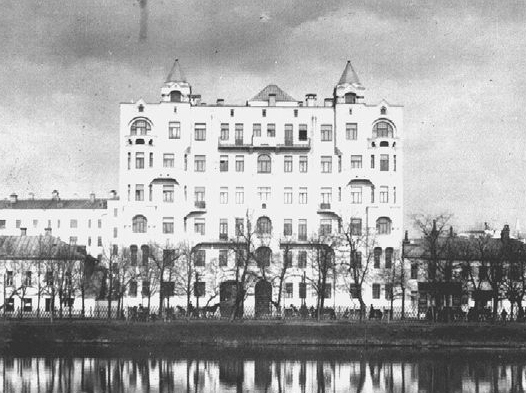 On the fifth floor of this house lived Bulgakov’s acquaitances Vera and Ivan Kreshkov. At the writer’s suggestion, they once summoned spirits at their ‘three-legged table’. Bulgakov described this evening in the satirical tale The Spiritual Séance (1922).
Bulgakov’s first wife Tatyana Lappa remembered the Kreshkov family whom they befriended at the beginning of the 1920s: ‘Her husband Ivan Pavlovich and her lived at Malaya Bronnaya, house 30… Vera Fedorovna, it seems, was the daughter of a priest and Ivan Pavlovich was the son of a civil servant from Vladikavkaz. He taught mathematics in the Military Academy in Petrovsky Park. She was so… formidable’. Once, Bulgakov proposed something to his wife: ‘Do you know what? Let’s have a spiritual séance at the Kreshov’s place tonight!’ A lover of pranks and hoaxes, Bulgakov put his wife up to knocking the table when he touched her leg at the right moment. The unkind and extremely derisive description of the hosts in the tale, The Spiritual Séance, offended the Kreshkovs and they cut off contact with the Bulgakovs.
Read also: