The address of the Shilovsky family 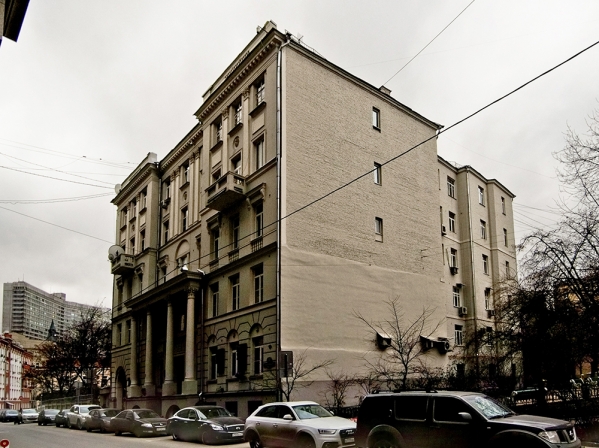 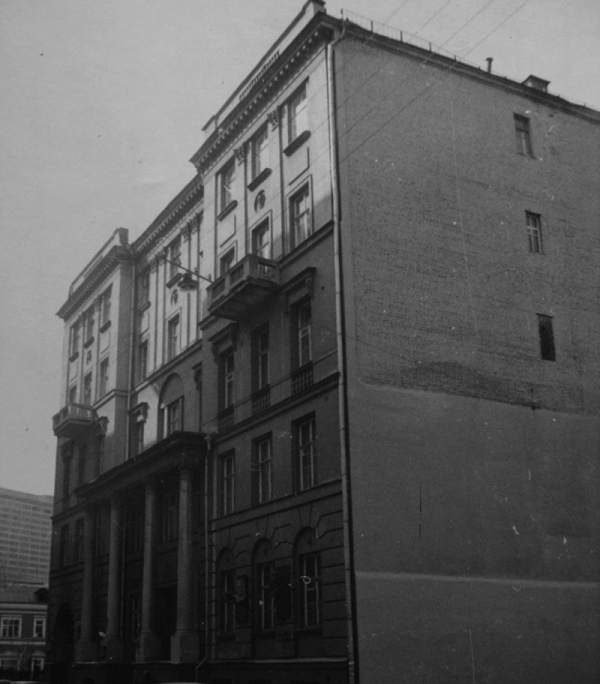 This building, constructed in 1914, is known as the ‘Military House’. From 1929 to 1932, Elena Shilovskaya lived here on the first floor with her husband Lieutenant General Evgeny Shilosky and their sons Sergey and Evgeny. In autumn, 1932, she divorced Shilovksy and married Bulgakov.
Bulgakov went to the Shilovsky’s flat on numerous occasions. Here, on the evening of 18th April 1930, he told Elena Sergeevna about his telephone call with Stalin: ‘He ran, agitated, to our flat (with Shilovsky) on Bolshoy Rzhevsky and told me the following. He lay down to sleep after lunch as usual, but the phone rang out and Lyuba called him over saying that they were calling from the Central Committee. Mikhail Afanasevich didn’t believe it and thought it was a prank…’ However, it was not a prank. A conversation took place between Stalin and Bulgakov, which would change the writer’s life. In 1932, Bulgakov was called to Shilovsky’s home. The Lieutenant General wanted to put an end to the relationship between the writer and his wife. During a tense conversation, Shilovsky whipped out his pistol to which Bulgakov answered, ‘Surely you wouldn’t shoot an unarmed man?.. Let’s have a duel!’ (according to L. Belozerskaya, Shilovsky had threatened Bulgakov with his pistol even earlier – in the spring of 1931). No duel took place – the Lieutenant General agreed to divorce Elena.
There’s another story about Bulgakov in this house that ought to be related. Amongst the Shilovskys’ neighbours in the Military House was Commander Ieronim Uborevich’s family who often hosted writers and poets, such as N. Aseev, S. Kirsanov, O. Brik and others. Vladimira (the commander’s daughter) recalled that during one of the masquerades at their house, she saw Bulgakov in a dressing gown and turban sitting on the buffet table: ‘In Tashkent, I asked Elena Sergeevna what kind of game it was. She said that Bulgakov was starting a game of charades and that it was a lot of fun. Then she said to me, “Mirochka, I first met Mikhail Afanasevich in your house”’, she continued, ‘Now I am surprised that Elena Sergeevna spoke about meeting Bulgakov a lot and often in different ways. Elena Sergeevna left our building and left Evgeny Aleksandrovich Shilovsky for Bulgakov, taking her youngest son Serezha with her. Zhenechka stayed with his father and aunt, Olga Sergeevna. And with us. We were very close.
Read also: