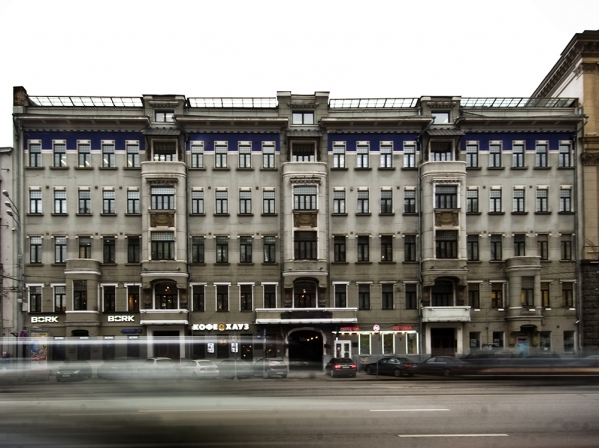 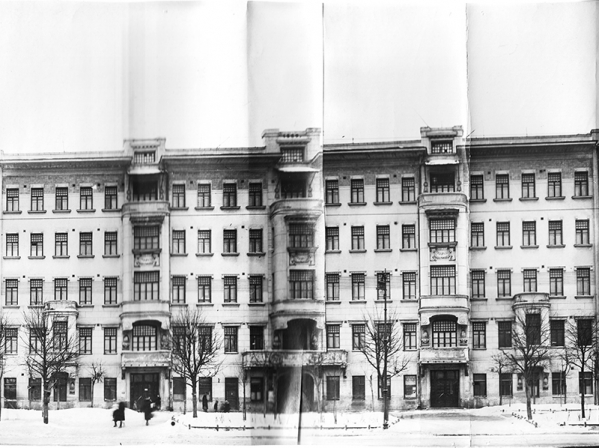 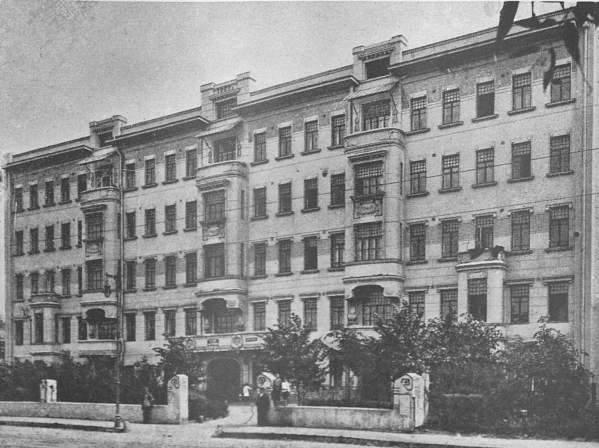 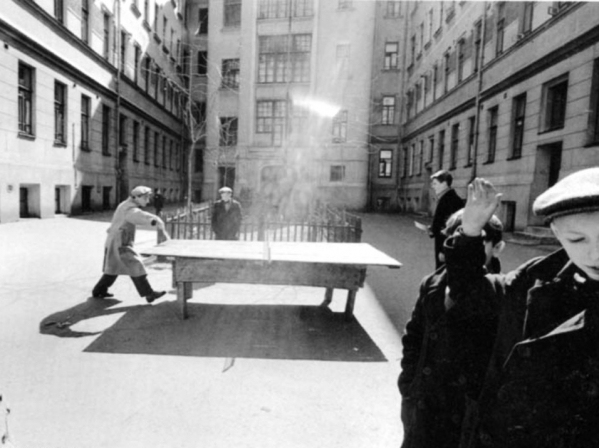 In this flat, which is most famous for being the place where the events in the novel The Master and Margarita unfold, Mikhail Afanasevich Bukgakov lived from autumn 1921 to summer 1924. In November 1924, he deregistered himself from his living quarters and left for good. After the revolution, Ilya Pigit’s flat block was nationalised and workers were settled in it. Sixteen people (including the famous Annushka) lived in flat 50 together with the writer and his wife T. Lappa. Here Bulgakov wrote his novel The White Guard and the short stories Diaboliad and The Fatal Eggs, as well as many essays and satirical pieces.
The rowdy inhabitants of the communal flat tormented Bulgakov and hindered his work. Bulgakov made this telling entry in his diary in October 1923: ‘Today they started heating the flat for the first time. I spent the whole evening sealing the windows. The first night of heating was marked by the fact that the famous Annushka left the kitchen window wide open. I have positively no idea what to do with the scoundrels who live in this flat.’ The story No. 13 – Elpit-Rabkommuna House is dedicated to the very house itself, and the scandalous neighbours became literary figures. For example, the famous Annushka – who caused Berlioz’s death (The Мaster and Margarita) – actually lived in flat 50 and the characters of Shvonder (Heart of a Dog) and his accomplices were taken from real members of the worker’s commune in house 10 with whom Bulgakov had to deal with on more than one occasion. Although the writer moved in autumn 1924, the famous house remained a constant feature in his writing. The dual life of Maksudov from the late autobiographical novel Theatrical Novel (1936) – spending his days at an uninteresting job and his nights at his writing desk – was thought up by Bulgakov from his memories of the hated communal flat. Woland and his retinue became the last inhabitants of the ‘unpleasant flat’.
In the summer of 1924, Mikhail Bulgakov and his first wife Tatyana Lappa moved from the ‘awful flat’ 50, to flat 34, which Artur and Maria Manasevich occupied. In the autumn of 1924, M. Bulgakov collected his things and finally moved from 10 Bolshaya Sadovaya. Tatyana Lappa remained in flat 34, and then moved to flat 26, where she lived until 1942.

In the summer of 1924, Bulgakov’s romance with Liubov Belozerskaya (the writer’s future second wife) unfolded. He did not want to leave Lappa alone in the unpleasant flat 50 and found her a peaceful room with quiet neighbours. As Tatyana Lappa later recalled, Artur Manasevich was very scared of having workers forced upon him and decided to fill his house with people himself. The house manager, I. Sakizchi, advised him to choose the intellectual Bulgakovs as dwellers. They moved their things in with him, in a room with a window looking out onto the wall of some art studios. Bulgakov himself lived with Liubov Belozerskaya in the summer of 1924 in School 48 named after Nikolay Bukharin on Herzen Street (nowadays, Bolshaya Nikitskaya), where his sister Nadezhda (the director of the school) put him up.

Tatyana Lappa remembered, ‘The window looked directly onto a wall and there was never any sunlight. I told Artur, and he replied, ‘But what do you need sunlight for?’ There were three doors in the room: one onto the corridor, one to the kitchen and one to the dining room, which I blocked off with a table (we brought all our furniture from flat 50 here’.