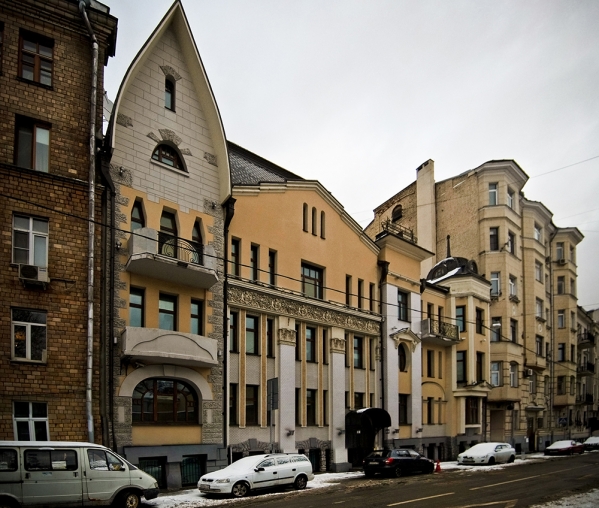 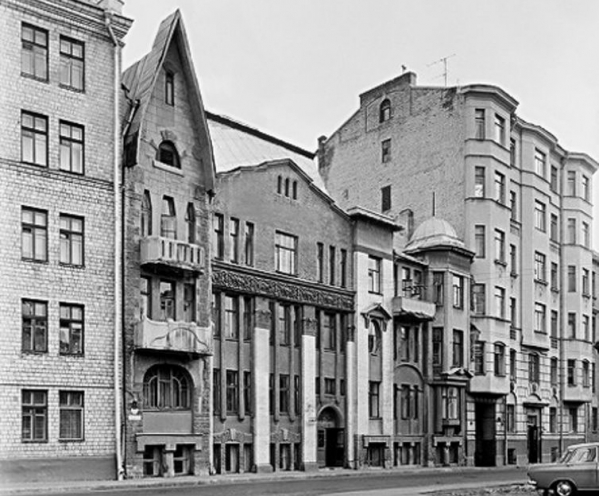 This house is also counted as one of the possible models for Margarita’s house. The house’s unusual façade, which is split into three sections each of which with its own architectural theme could not have escaped Bulgakov’s attention. The left-hand section of the façade is interesting for having been created in the National Romantic style in the form of a tower. On the same Chisty Lane, in the courtyard of house 9 stood a wooden outhouse in which Bulgakov lived from November 1924 to June 1926 with his second wife L.E. Belozerskaya.
Read also: