The address of Vladimir Nemirovich-Danchenko 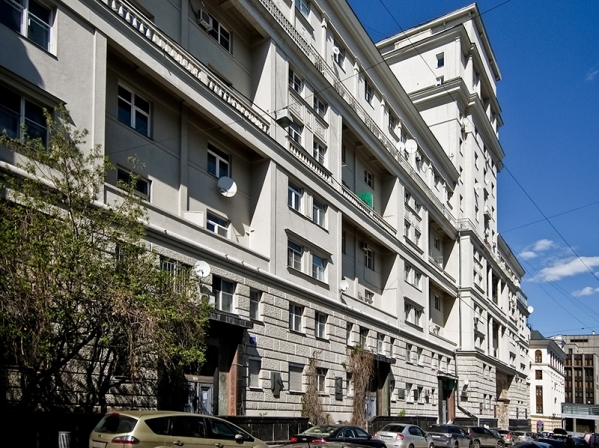 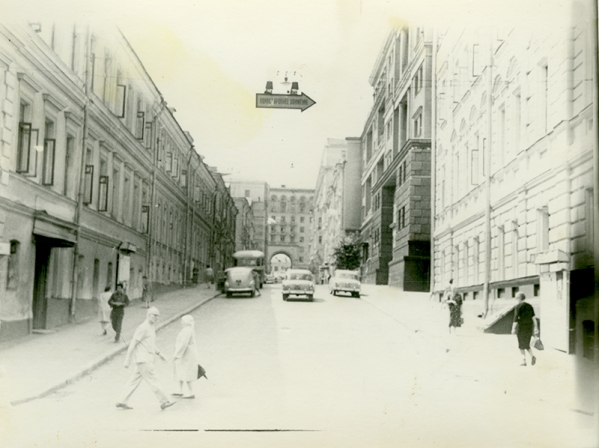 The director Vladimir Nemirovich-Danchenko lived in this house from 1938 to 1943. Bulgakov discussed the play about Stalin, Batum with the director here on 9th August 1939. After the conversation, Bulgakov along with Elena Bulgakova and some artists of the Moscow Art Theatre set out for Batumi on 14th August to gather additional materials. However, he got off the train as early as Tula and returned to Moscow.
According to E. Bulgakova, the playwright had the idea to write a play about Stalin in 1936. V. Vilenkin remembered that when the play was first discussed, Bulgakov said, ‘No, it’s too risky for me. It will end badly’. Yet he agreed – at the end of 1938, an agreement was signed at the Moscow Art Theatre on the development of the play Batum. By the end of June, a play about the young Stalin, expelled from his seminary and leading strikes in Batumi in the early 1900s, was ready. The play received favourable reviews from the writer’s friends and family as well as theatre critics and the artists of the Moscow Art Theatre. The premier was planned for December 1939 for Stalin’s sixtieth birthday. The discussion in Nemirovich-Danchenko’s flat (the director V. Sakhonovsky was also present) left Bulgakov with mixed feelings; Elena Sergeevna wrote in her diary, ‘I was left with the impression that they didn’t understand anything in the play, that only M.A. can put it on, but, above all, that they are no directors’. On 14th August, at Nemirovich-Danchenko’s instruction, a group of artists from the Moscow Art Theatre led by Bulgakov set off for Batumi and Tblisi to gather materials (folklore and sketches of the landscape). However, after a few hours, the group received a shock by telegram at Serpukhov: ‘Trip no longer necessary, return to Moscow’. It was then explained that the main character of the play had given deeply unfavourable comments. After the ban of the play Batum, Bulgakov’s health sharply deteriorated – he was struck by nephrosclerosis, from which the writer died in March 1940.
Read also: